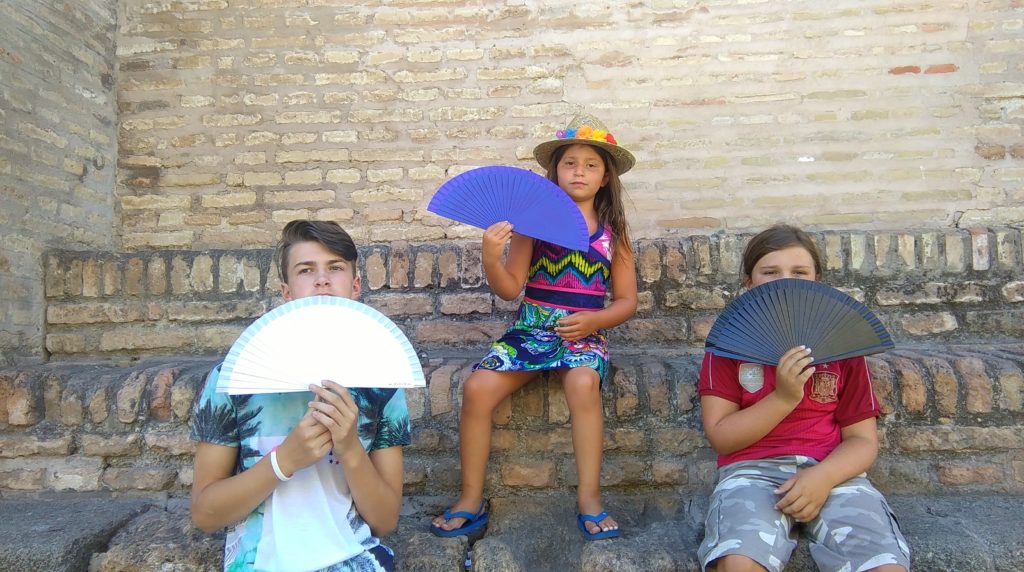 Language exams, well language exams aside from Irish and English. They have been up for the last week starting with French, then German and then yesterday it was Spanish. Of course bilingual families also have language exams coming up too.

This year there appears to have been a problem with the aural French exam and also possibly the German exam as well. My son sat Spanish yesterday and there were issues with that exam too. 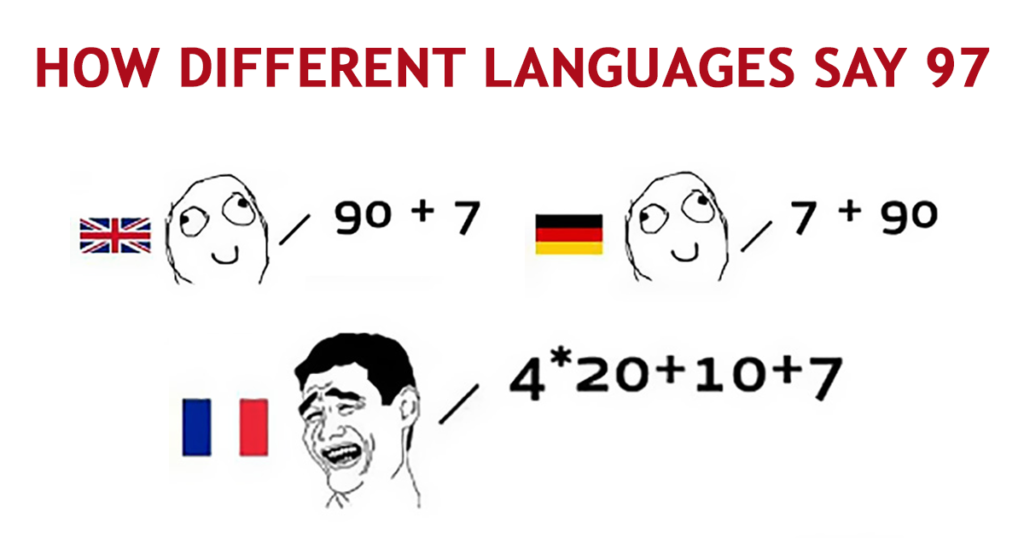 Well it all spilled out on Joe Duffy (where else?) on Friday afternoon (more here). A cabal of students had phoned up to raise issues they had with the French aural exam. That’s the listening part of the exam. You know a pile of stuff is said in that language you probably spent six years learning and you listen three times and answer the question or translate the sentence. Sounds simple enough. Apparently in the aural French exam disaster struck. The conversation was muffled, covered with static and seemingly impossible to hear in places. This wasn’t the case in just one exam centre, but in many exam centres around the land. Obviously wound up stressed young students when faced with this situation are stunned. Time is ticking away and the French aural is slipping away. . . . . what do you do?

Did any of their leaving certificate education prepare students for what to do in these situations? I would assume so, but its hard to act as an 18 year old when you are in a state of panic. 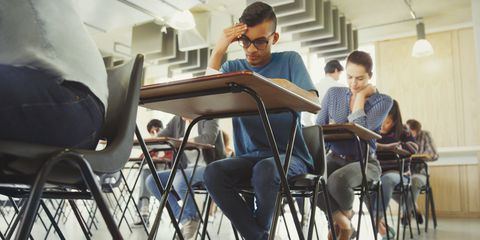 So not surprisingly when interviewed so many students said that they did nothing. They couldn’t hear, they realised this might impact their mark in French but they didn’t raise their hand to complain because no one said they could in some cases. In other cases they assumed the problem rested with them. Neither did many students write on their exam papers “AURAL INAUDIBLE – CANT HEAR QUESTION – CD BUSTED” or any such thing.

Quite what will happen now is unclear. Will everyone be given an average mark for their aural based on the rest of their performance in French? Will there be a separate French Aural Exam? Will you only get dispensation if you wrote something on your paper or if you actually called the invigilator over and made a formal complaint right there in the exam hall?

Listening to student after student tell the story of what happened and their inability to take action made me wonder about what the Leaving Certificate process is actually equipping our students for. Its important to advocate for yourself. Its important to point out when something is not right. Its important even in stressful situations to take that risk of raising your hand and saying “NO”m irrespective of whether you think you are “allowed” to or not. That so many students did not do this or felt intimidated to do this says a lot about the mark a Leaving Cert Education leaves.

Interestingly more girls who called the show said that they had complained or written something in their paper to alert the examiner to the fact that they couldn’t hear. Even if your invigilator has not said anything about raising or not raising your hand its important to stand up for yourself.

Many of the French students then went on to sit the History exam that afternoon, a hard ask if you feel you have done so badly in the morning. Again this comes down to the merit of a be all and end all exam of two hours to assess capacity in six years of learning a language.

Finally, a CD? The aural part of the exam is distributed to schools from the Examination Commission by CD? Do schools reserve a CD player from the 1990 s specifically for this annual occasion? Would it not be more appropriate to send out memory sticks with MP3 s or similar on them. Would there not then be an option of calling the Exams Commission and getting an immediate digital download if there was a problem? Thinking a move to the 21st century might be required here! 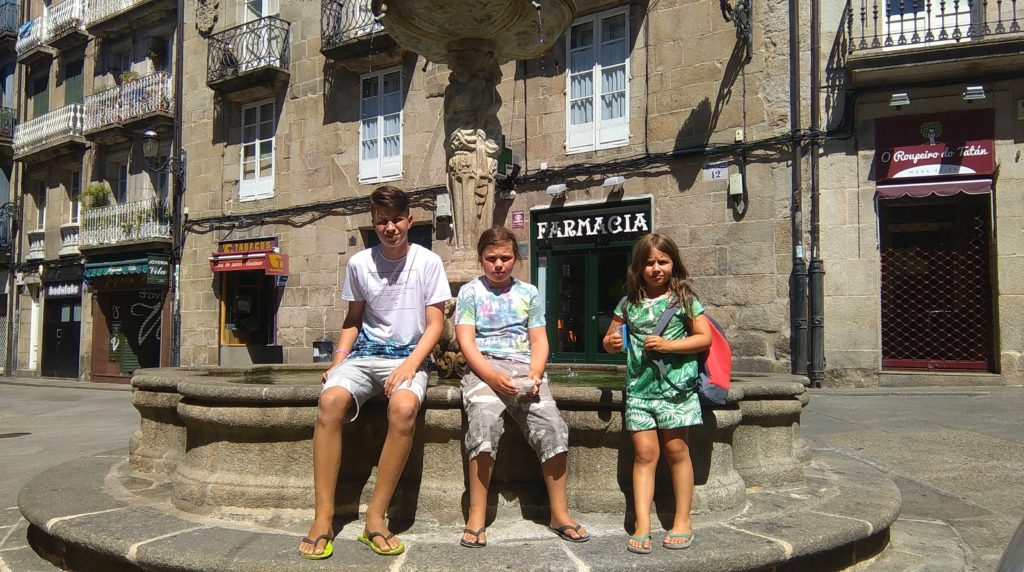 So how did the Spanish aural and written exam go? Well if Joe Duffy is to be believed the exact same issues arose with the Spanish exam as arose with the French exam. That is to say there were severe problems in the audibility of the aural part of the test. In my son’s case they were informed by the invigilator that there were errors in the written instructions on the Higher Spanish Leaving Certificate paper. These related to section headings in which students were supposed to identify synonyms. My son said using the oral instructions given he wasn’t able to identify any synonyms in the texts. I asked him if he checked with the invigilator whether he had copied the oral instructions down correctly, but he said (just like all the French students), no. He assumed the fault lay with him and spent a ridiculous amount of time searching. Needless to say that impacted the time available for other sections of the exam.

Spanish is one of the subjects on my son’s CAO form so its a subject he feels he might be open to studying for another four years. He started learning Spanish with our first trips to Spain when he was tiny. He was 9 months when he first went to Galicia and then at 18 months we went to Vigo. Those trips to interior Galicia and to the coast and to cities such as Santiago have continued every year. During Transition Year my son did a Spanish exchange to Jerez, studied and sat the DELE exams at the Instituto de Cervantes and we took a family trip to Sevilla. So much experience, so much preparation. In the end it all came down to a two and a half hour written exam with confusing instructions. 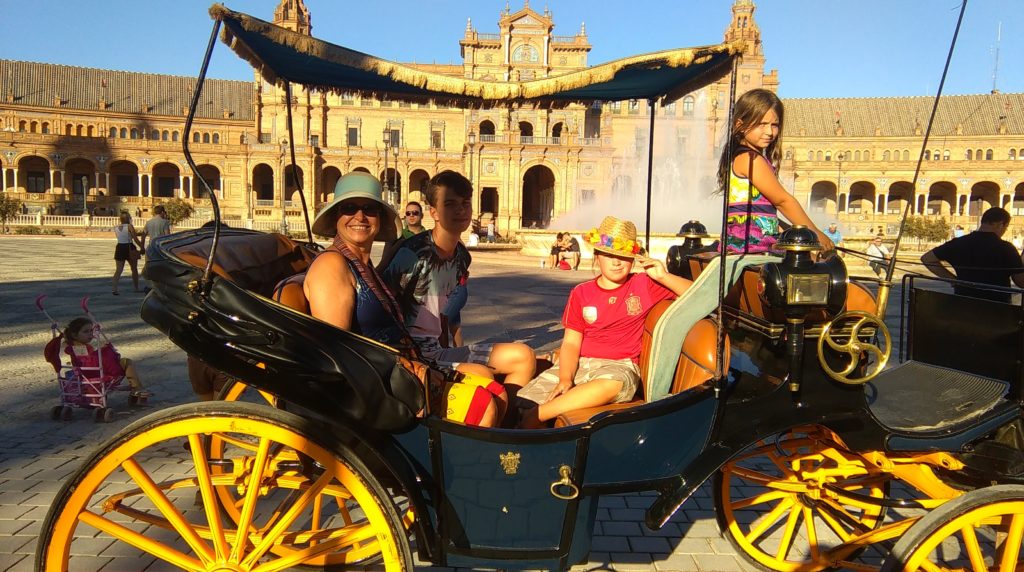 As this was my son’s one “strong” subject and one he was hoping to do well in, there is now an air of gloom in the house. Its like a mini grieving process! My husband is fluent in Spanish having lived in Spain for five years and I speak some, so we definitely had an interest in what happened in the exam yesterday. There was a lot of football that went down last night so hopefully in true Latin tradition the balm of the beautiful game has eased the disappointment a little. If it hasn’t other means will have to be found as still two more exams and two more subjects to go!

Earlier this academic year my son dropped Leaving Cert Chemistry and took up Leaving Cert Music. I am so glad for so many reasons.  I was particularly glad yesterday as it meant my son didn’t have to sit two exams in one day especially considering he felt disappointed following his Spanish exam. Onwards and upwards to Music Tomorrow!