To question spot or not to question spot? It’s hard to take yourself back as a parent and remember the notion of question spotting! The whole purpose of question spotting is to avoid studying all the required detail for the exam for every topic. If you know that some topics will not come up at all, it does in fairness seem insane to devote a lot of time to revising them. Instead it makes far more sense to tailor your learning and study to the assessment which is a limited number of questions on a vast array of two years of learning. Imagine in Chemistry for example there are eight questions to cover two entire years of work! 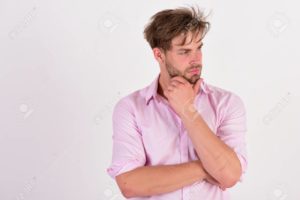 It is however nerve wracking as a parent to watch this process in action. You wonder if there is a plan B. You take the macro view and you think of the long two years spent studying this entire topic, in some cases such as mathematics the foundations have been laid from the time your child was small. That’s what ahem, 14 years or so condensed into two two and a half hour exams. Wow. Just wow.

What your kids don’t ask you!

Anyway, my son did some question spotting in Geography and it made me pretty nervous. Maybe it’s because I lectured in Geography and I could only think of the many variants in the way a question on geoecology could be asked, but also I think it’s because I would have found it hard to leave so much to chance myself. However, as my husband said to me “it’s not your leaving cert, so you don’t have to think about how you would approach it”. He was right. In that letting go however is the angst a parent feels as you think “riskkkkkkkkky”! I was chatting to another leaving cert mum last night and she described the letting go as almost a spiritual experience!

A hilarious moment however arrived when my son asked me “what’s that layer thing in geography mum?” “GIS?”, sez I. “Yes”, sez he. Little did he know that I spent 15 years researching, lecturing consulting and developing GIS for the World Bank for National Geographic Information Systems around the world and that I had supervised some 8 PhD students and over 25 MSc students in GIS based project, that I had initiated the GIS lab in Trinity College and pulled in hundreds of thousands of euros in grant funding. He did ask me to remind him of what the “S” stood for, but that was pretty much my entire contribution to his Leaving Cert Geography! Apparently I am not alone as my former Trinity Colleges confirm the same behaviour in their kids!

So the last exam before weekend number one of the Leaving Cert was Mathematics (no Financial Maths screamed the masses), and it will again be the first exam tomorrow morning. If you are strong in Maths then I am sure you are looking forward with some glee to tomorrow, in having a repartee of intellectual and conceptual problem solving and a numeric tango with the Leaving Cert paper.. For the 90% of the population that are not mathematical geniuses however, the day holds the prospect of sheer terror. Ever thought of the massive advantage the Leaving Cert requirement to sit Mathematics gives to children who are naturally gifted in Mathematics? Let’s face it you don’t just “learn” to be good at maths, you either have that kind of a brain or you don’t. You can learn questions and question spot and work hard but it’s not quite the same thing. That requires a huge amount of effort, often to the detriment of other subjects. So the kids that are good at Maths (I was one of those), just have to capture the concept and lock it into the mother ship and off you go. Tick. Next topic.

I remember in my primary school if you were bold you used to have to do extra Maths problems. I loved Maths problems so much I contemplated being bold on purpose in order to do them (in a room on my own in silence!). Most of the population are not like that though. It takes many hours of repeated practising to understand what is required and how to present the answer. Meanwhile, the kids that are good at Maths just get to move on and revise something else. The amount of hours kids for whom Maths is not a strong point spend during the year grappling wrestling and struggling with Maths doesn’t just take away from other subjects in a practical sense, but also in an emotional and mental sense, as they genuinely worry about Maths. Those doing the Higher Level Maths are encouraged to do so to get the extra 25 marks. Sometimes I wonder if it’s worth it for all the work that has to go into it. Meanwhile the gift mathematicians are just going to hoover up those points thank you very much.

Should Leaving Cert Mathematics be compulsory?

So I am going to pose an outrageous question here. Should Leaving Cert Maths be compulsory? Everyone agrees it’s a taxing subject, designed to cater to the minority not the majority. Does the population in general actually need it? Is it not sufficient to have Junior Cert Maths? I went into a shop the other day and paid for something costing a fiver with a tenner. The (young) person at the till had to ring it through to give me my change because they couldn’t calculate the change in their head. Is this what we need Leaving Cert Maths for? Nobody even does mental arithmetic anymore; we just get out our phones. Wouldn’t make more sense to offer Leaving Cert Pure and Applied Mathematics as an option for those who truly want to do it? You know in the same way that they do in other countries? I say end the misery. Those who need and want to do Leaving Cert Maths know who they are. 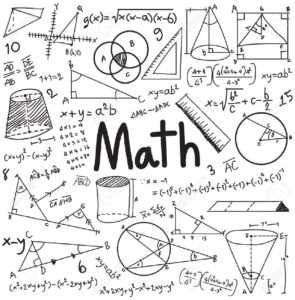 Should Leaving Cert Irish be Compulsory?

Since it’s not just Maths tomorrow but Irish too, let’s go there. If there is one thing better than being outrageous it’s being doubly outrageous. Why is Irish compulsory at Leaving Cert? A good few answers are obtainable here The majority of students resent its presence bitterly. Is it not enough that they have had to study it at Junior Cert? Is that not enough for those who struggle with the language? Or whose parents cannot afford the €1,000 to send their kids to the Gaeltacht so that they can get good at it? Don’t get me wrong I love the idea of keeping the language alive and of promoting Irish Culture; when I came to Ireland I made it my business to learn Irish, but that was done out of a passion for learning, not because it was imposed on me. The forced learning of Irish has also not contributed to an increase in the number of people speaking Irish on a daily basis, even in the Gaeltacht.

“According to the 2016 census, only 20,586 people in the Gaeltacht now speak Irish on a daily basis. That is fewer than one quarter of the 96,090 people who live in the Gaeltacht—the officially designated Irish-speaking area—and less than one-half of one percent of the population of Ireland as a whole. Moreover, that 20,586 represents a decline of 11.2% compared to the 2011 census. Irish speakers are literally dying off and not being replaced.

Outside the Gaeltacht, 53,217 people said that they spoke some Irish daily outside the education system, a slight decline compared to 2011 as well.” Eamon O’Kelly. More here

Like Maths, I think the forced learning and examining of Irish at Leaving Cert should stop. Leave it there for those who are good at it or who like it. Let everyone else do something else they are good at. Or alternatively, The Department of Education could consider a compulsory Irish Option at Leaving Cert. For example Option 1: Irish Language and Literature (in Irish), Option 2: Irish Literature (in English) Option 3: Irish Culture History and Society. Another alternative might be for it to simply be one of the languages that you can pick for Leaving Cert. Obviously, the National Universities of Ireland would have to change their matriculation requirements and be happy with Junior Cert Irish for the majority of courses. That might even lend a sense of gravitas to the Junior Cert which is mostly regarded as a joke by most students at this stage and not really worth a lot of effort (unless you plan to study outside of Ireland of course in which case you’d better pull your finger out because those Junior Cert results will be scrutinised!)

If that were to happen you wouldn’t get the children who are either in fluent in Irish, or who find it very easy, having an utter advantage over those children who are not. The children who are not naturally good at Irish have to usually take an extra Leaving Cert subject in order to make up the points that they know that they will never acquire in the subject they are forced to study. For most that only further fuels their resentment of the language, which kind of defeats the purpose of learning it in the first place, a fact echoed by President Michael Higgins last year when he siad  “I am in favour of encouraging people, bringing people to the language rather than forcing it.”. Finally, how many people who did Irish at Leaving Cert can speak a word five years later? Answer: Very few. End the enforced enrollment of the Irish Leaving Cert now!